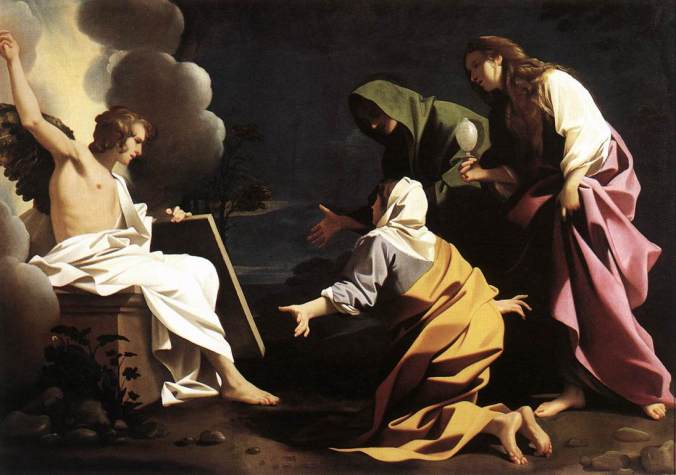 Living God, who came to your world and entered human pain
Come and be in every painful place in our lives,
in every painful place in our world, today.
Living God, who worked in the secret darkness to raise Christ from the grave
Come and work in every secret, dark place in our lives,
in every secret, dark place of our world, today.
Living God, who sent women out to proclaim the resurrection
to the frightened, imprisoned disciples
Come and empower us in every frightened, imprisoned place in our lives,
in every frightened, imprisoned place in our world, today.
Ecumenical Forum of European Christian Women, 1990 Assembly
A Procession of Prayers: Prayers and Meditations from Around the World
___________________________
Luke 24:1-10
But on the first day of the week, at early dawn, they went to the tomb, taking the spices they had prepared. And they found the stone rolled away from the tomb, but when they went in they did not find the body of the Lord Jesus. While they were perplexed about this, behold, two men stood by them in dazzling apparel. And as they were frightened and bowed their faces to the ground, the men said to them, “Why do you seek the living among the dead?  He is not here, but has risen. Remember how he told you, while he was still in Galilee, that the Son of Man must be delivered into the hands of sinful men and be crucified and on the third day rise.” And they remembered his words, and returning from the tomb they told all these things to the eleven and to all the rest.  Now it was Mary Magdalene and Joanna and Mary the mother of James and the other women with them who told these things to the apostles