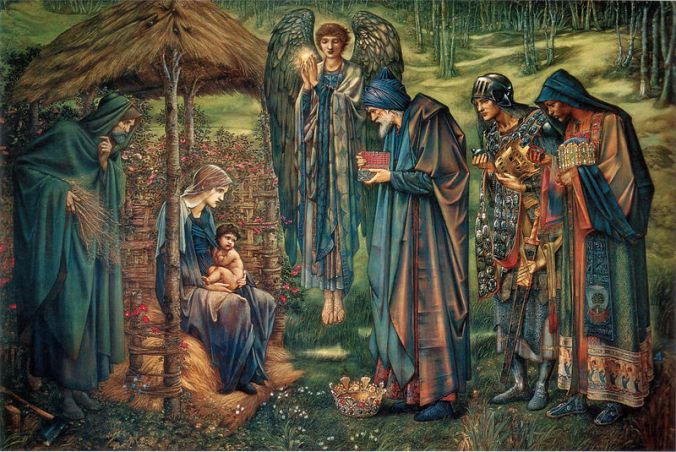 The Star of Bethlehem, by Edward Burne-Jones, 1890

Eternal Wisdom,
who made yourself known to the wise men
as a child,
in weakness not in power,
in poverty not in wealth,
as subject not as a ruler;
teach us to look for you where you are to be found,
and bring us by your mercy
to your eternal presence,
for you are alive and reign with the
Father and the Holy Spirit,
God, now and for ever.
Prayers for use at the Alternative Services #92
______________
Matthew 2:1-2, 9-11
After Jesus was born in Bethlehem in Judea, during the time of King Herod, Magi from the east came to Jerusalem and asked, “Where is the one who has been born king of the Jews? We saw his star when it rose and have come to worship him.”
After they had heard the king, they went on their way, and the star they had seen when it rose went ahead of them until it stopped over the place where the child was. When they saw the star, they were overjoyed. On coming to the house, they saw the child with his mother Mary, and they bowed down and worshiped him. Then they opened their treasures and presented him with gifts of gold, frankincense and myrrh.